Skip to content
HomeDoing my job and doing it right: Part 1 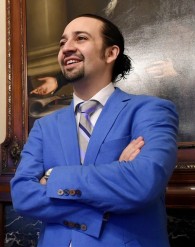 What if I told you that the greatest modern explicator of  “all things vocation” isn’t Frederick Buechner, Parker Palmer, or Wendell Berry… but is, in fact, Lin-Manuel Miranda?  “Of course!” you would say, because everyone (especially our editor, David Cunningham) knows there is a Hamilton lyric for everything.  If the shoe fits . . . wear it.

I’m sure that a great blog post is just waiting to be written, connecting the story of Alexander Hamilton—especially in Miranda’s retelling—to vocation. That may come later; meanwhile, two examples of Miranda’s earlier work are worth exploring.  My larger topic is professional formation — and how college faculty might use certain stories to begin conversations with students about what it means to be a professional. If I’m doing my job, and I’m doing right, what exactly am I doing?

In my previous post, I listed the five fundamental characteristics of professionalism, as described by Eliott Freidson, along with his views about service:

service goes beyond serving others’ choices. Rather, it claims devotion to a transcendent value which infuses its specialization with a larger and putatively higher goal which may reach beyond that of those they are supposed to serve.

For those of us teaching in technical fields, it can be daunting to enter into discussions on “transcendent values” of any kind, especially when those of most professions today are distorted by economic considerations.  Moreover, many faculty probably share my worry that I lack the rhetorical training needed to engage others in such questions in a productive way.  Even if we clear these hurdles, we still face Alasdair MacIntyre’s contention that the modern age has lost its ability to make moral judgments in the first place.  Whose idea of transcendence are we to accept as definitive?

Consider John Ruskin’s understanding of what is at stake when one embarks on a professional career:

It is the main question for the merchant, as for all of us.  For, truly, the man who does not know when to die, does not know how to live.

Clearly, the stakes couldn’t be higher.  But regardless of whether we accept Ruskin’s question as the main question for all of us,  his way of phrasing the matter might not break through the framework of technical specialization that dominates the undergraduate curriculum in many subject areas.

Stories to the Rescue?

As Ivor Goodson and Scherto Gill explain in their 2008 book Critical Narrative as Pedagogy, such existential questions cannot be resolved through purely cognitive means but, rather, require an approach which pays attention to “what it means for a person to have a certain kind of experience.”  While the kinds of programs that NetVUE supports are designed to do precisely this, I worry that many professional academic programs spend little time considering the transcendent values to which these professions might once have aspired. If the foundation for such reflection isn’t laid down in the same vicinity as the cognitive building blocks, how can we be confident that these transcendent values will be retained, much less flourish?

One possible answer, as Goodson and Scherto suggest in their title, is that critical narrative — essentially, storytelling plus analysis — can provide an entree into this all-important work.

How stories can break the ice

Lin-Manuel Miranda’s first Broadway musical, In the Heights, follows the lives of second-generation immigrants working and living in the Washington Heights neighborhood of Manhattan.  Usnavi, played by Miranda, owns a small bodega that is feeling the squeeze of gentrification.  The apparent climax of the play is Usnavi’s almost Jimmy Buffet-like escape back to his parents’ “home” in the Dominican Republic, funded by a share of a $96,000 winning lottery ticket  purchased by Abuela Claudia (Olga Merediz).

Abuela has a story of her own. After immigrating to New York in 1943 from the La Vibora neighborhood of Havana, she experiences more than her fair share of struggle as a maid working in the Upper East Side. Merediz steals the show with her performance of Paciencia y Fe (Patience and Faith):

Abuela decides to share her lottery winnings with Usnavi and with Sonny (Usnavi’s younger cousin, who wants to see his community transformed for the better).  With little hope for a future in Washington Heights, Abuela and Usnavi build a dream around opening a bar by the seashore in the Dominican Republic “with margaritas in my reach.”  But when Abuela dies suddenly, Usnavi is forced to continue down the path alone.

On his way to the airport, he passes by the bodega and is confronted by a tribute to Abuela created by a neighborhood graffiti artist.  In that moment Usnavi discovers that he already has his “island home” on another island — Manhattan. The future of the neighborhood is inextricably bound to his own life.  The painted grate becomes his burning bush.  The show’s Finale (here with Vincent Ortega playing Usnavi) brings this home:

My brief synopsis hardly does justice to Miranda’s brilliant musical.  The storyline is replete with characters trying to find their way in the face of uncertainty and adversity. Admittedly, one may have to listen to the soundtrack more than one time through, but I believe that this story can inform our understanding of the vocation of a professional. A grocer from Washington Heights? This probably isn’t the career that most of our students are considering.  $96,000 is a big number, but it also prompts a question:  What is that winning ticket worth, if it doesn’t bring with it a sense of place, genuine relationships, and meaningful work that draws everything together?

Next month’s post will examine another critical narrative as told by Lin-Manuel Miranda — still not Hamilton!

2 thoughts on “Doing my job and doing it right: Part 1”