Students at my university take a course in their final semester called “The Civil Engineering Profession.” Most of our time is spent reviewing requirements for professional licensure, along with different opportunities for employment in the public and private sector.  These are some of my favorite discussions to have with students; they represent one of the few spaces within the undergraduate engineering curriculum where students might imagine themselves in different roles while working for an incredibly varied array of potential employers.

The real ‘aha!’ moment for me occurred in an unexpected place. 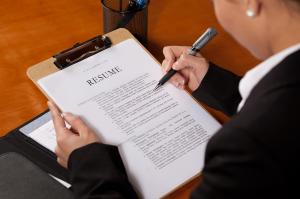 I was filling in for a colleague on sabbatical at the time, and the one class period that I was not looking forward to dealt with résumés.  It’s usually not a good sign when my very first act in preparing a new lecture for class involves a Google search! Fortunately, while browsing Purdue’s On-line Writing Lab (OWL), I discovered an excellent resource.  (The sheer volume of information was overwhelming; I realized that I might end up spending fifteen minutes discussing how to mix serif and sans-serif fonts…)

My previous experience reviewing resumes with students suggests that the hardest part for everyone is the statement of one’s objective — that is, what the résumé-writer is hoping will result from others’ encounters with the document. Consider this example  END_OF_DOCUMENT_TOKEN_TO_BE_REPLACED 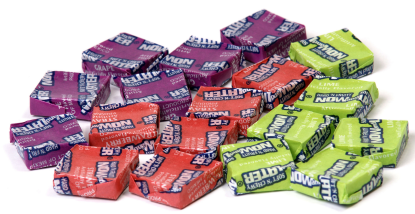 Some of you remember these vintage candies with the enticing name: Now and Later. Have some now. Save some for later. They were the 1960s way of saying you can have your cake and eat it too.

We usually think of vocation as being about NOW. Listen for your calling, make a choice, and then follow it throughout your adulthood until retirement. But that’s an increasingly outmoded way of conceptualizing how vocation works.

What if we think of our callings as seeded at birth, confirmed in adulthood, and continued into old age all the way to the end? In other words, vocation is both being and becoming — both now and later. Evolving throughout the life cycle, vocation connects us with purpose:  before, during, and after paid employment.

Sounds good, right? But how many people END_OF_DOCUMENT_TOKEN_TO_BE_REPLACED