A recent editorial in Scientific American provides a direct rebuke to politicians who would cut funding for degree programs in the humanities:

Promoting science and technology education to the exclusion of the humanities may seem like a good idea, but it is deeply misguided... [S]tudying the interaction of genes or engaging in a graduate-level project to develop software for self-driving cars should not edge out majoring in the classics or art history.

This might not be what one would expect from a science journal. Of course, a magazine founded in 1845—back when the first and last letters of STEM were still at the heart of a liberal arts education—could be expected to raise questions about the current political winds that seek to minimize student engagement with the humanities.  At the same time, though, there is a parallel argument contained in this (and many other) “Save the Humanities” appeals that those of us interested in vocation need to think about more critically.  Consider exactly why the SA editors believe the humanities are so important:

The need to teach both music theory and string theory is a necessity for the U.S. economy to continue as the preeminent leader in technological innovation.

I have absolutely no doubt that this is true.  The article continues by pointing to Steve Jobs and Mark Zuckerberg as prime examples of how a sprinkling of the humanities in just the right spot will go a long way towards achieving unparalleled success.  But is success in the marketplace really our most compelling reason for engaging students with the humanities?  Even if it is, framing the argument in these terms may ultimately bear little fruit.

Be careful how you measure

Consider the so-called Observer Effect from physics as a possible metaphor: the simple act of measuring something will impact the phenomenon you are trying to measure.  The economist Charles Goodhart formulated a similar principal for his discipline: “When a measure becomes a target, it ceases to be a good measure.”  Applying these ideas to the humanities, we have to question whether or not the act of objectifying their utility in terms of economic goals might not also rob them of their power to transform the nature of those goals in the first place.

We need to remember, then, that the humanities are not simply useful; they can also help move students in STEM fields towards a deeper connection with the purpose and meaning behind the work they are learning to do. This leads to other interesting questions.  How does their work engage the virtues?  How does their chosen discipline, as objective and purely scientific as it may seem, address questions of social justice?  What is this work for?

Narrative and the STEM fields

An example of this perspective that is highly relevant to both computer scientists and space enthusiasts might come from exploring Margot Lee Shetterly’s new book, Hidden Figures.  This book, also a feature film, tells

the story of African American women working as mathematicians at NASA during the Apollo missions.  The following excerpt from a recent interview with Shetterly reveals the power of narrative to force the listener to rethink assumptions:

“When the first five black women took their seat in the office in 1943, it was in a segregated office with a ‘colored girls’ bathroom and a table for the ‘colored’ computers,” author Margot Lee Shetterly tells NPR’s Michel Martin.

Reflecting on the overt racism that was all too common during that period of our history is (and should be) unsettling.  But the part of that quote that may have struck me even harder was trying to imagine what a table filled with ‘colored’ computers would have looked like in 1943,  and then realizing that “computers” were simply people, most often women, who were responsible for the myriad calculations required to launch rockets.  I shared this insight with a colleague who specializes in gender studies, and she pointed me towards a fascinating journal article about a subject that I barely knew existed.

Our challenges are unwaveringly human

Consider the following comment from Deborah Fitzgerald, Dean of the School of Humanities, Arts and Social Sciences at MIT from 2007–2015: 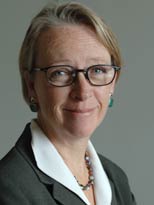 The world’s problems are never tidily confined to the laboratory or spreadsheet. From climate change to poverty to disease, the challenges of our age are unwaveringly human in nature and scale, and engineering and science issues are always embedded in broader human realities, from deeply felt cultural traditions to building codes to political tensions. So our students also need an in-depth understanding of human complexities — the political, cultural, and economic realities that shape our existence — as well as fluency in the powerful forms of thinking and creativity cultivated by the humanities, arts, and social sciences.  ~Boston Globe, April 30, 2014.

I quoted this passage in my soon to be published essay entitled “Unplugging the GPS: Rethinking Undergraduate Professional Degree Programs” (in this edited volume), because its author seems to recognize that the humanities help us to grasp where our work comes from, who that work serves, and where we want that work to take us next.

2 thoughts on “More than merely “useful””